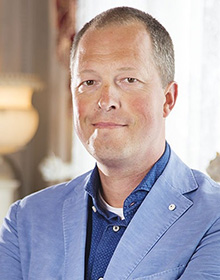 Roovers started his medicine study in 1989 in Utrecht, the Netherlands. In 1994, just before his internship started, he spent 6 months at UCLA to do basic research in the field of gynaecologic oncology (supervisor: Prof J Berek). After his internship in 1996, he worked 6 months as house officer in Ghana were he gained significant experience with general surgery.

In 1996 he started working at the department of obstetrics and gynaecology of the University Medical Center Utrecht, the Netherlands. He started his PhD end of 1996 and did research on the optimal surgical approach of uterine prolapse. Since then he also started to study clinical epidemiology and biostatistics.

In 2000 he started his residency at the same University and in 2001 he defended his thesis successfully.

When Roovers finished his residency in 2006, he did a one year fellowship in uro-gynaecology. Most of that time he trained in Leuven (Prof J Deprest and Prof D de Ridder) where he improved his surgical skills and initiated a European multi-center research network.

At the end of 2006 he started to work as a consultant uro-gynaecologist in the Academical Medical Center (AMC) Amsterdam, where he was made responsible to build a uro-gynaecology department. He was chair of the department of gynaecology from 2013 – 2018. He became professor in gynaecology in 2015.

In 2006 he also initiated a pelvic floor center, that now is part of “Bergman Clinics” a chain of private clinics in the Netherlands, involving 53 hospitals. Since 2019 Roovers is director “research and innovation” of Bergma Clinics.

Roovers has performed surgery on invitation in more than 35 countries, and his research focusses on the development, evaluation and safe introduction of innovative treatment modalities for pelvic organ prolapse and stress urinary incontinence. He leads a research group of 15 researchers, including 12 PhD’s and focusses on clinical and pre-clinical research including animal studies. Roovers has published over 170 papers, and many book chapters.